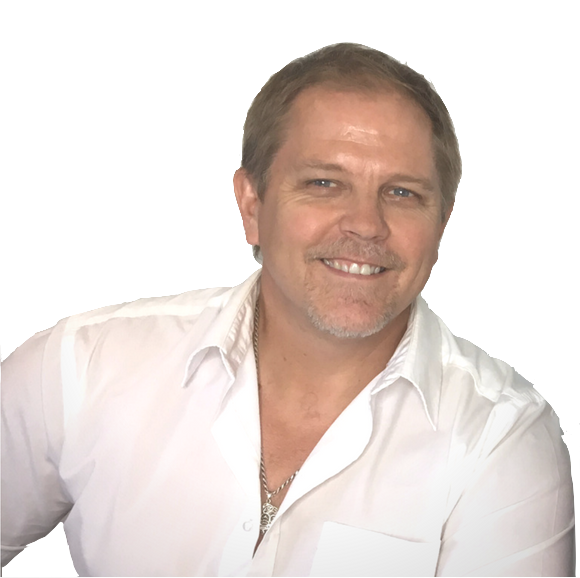 About Podcast Blog 'How To' Guides Live Events Home Login

Not Business As Usual

There's much more below than in this short video - read on :)

My wife Karen and I are training to run the 2018 New York City Marathon. It’s the world’s biggest marathon, it’s been on our bucket list for a long time and we are pretty jacked about running through New York’s 5 Burroughs being cheered on by a couple of million supporters! 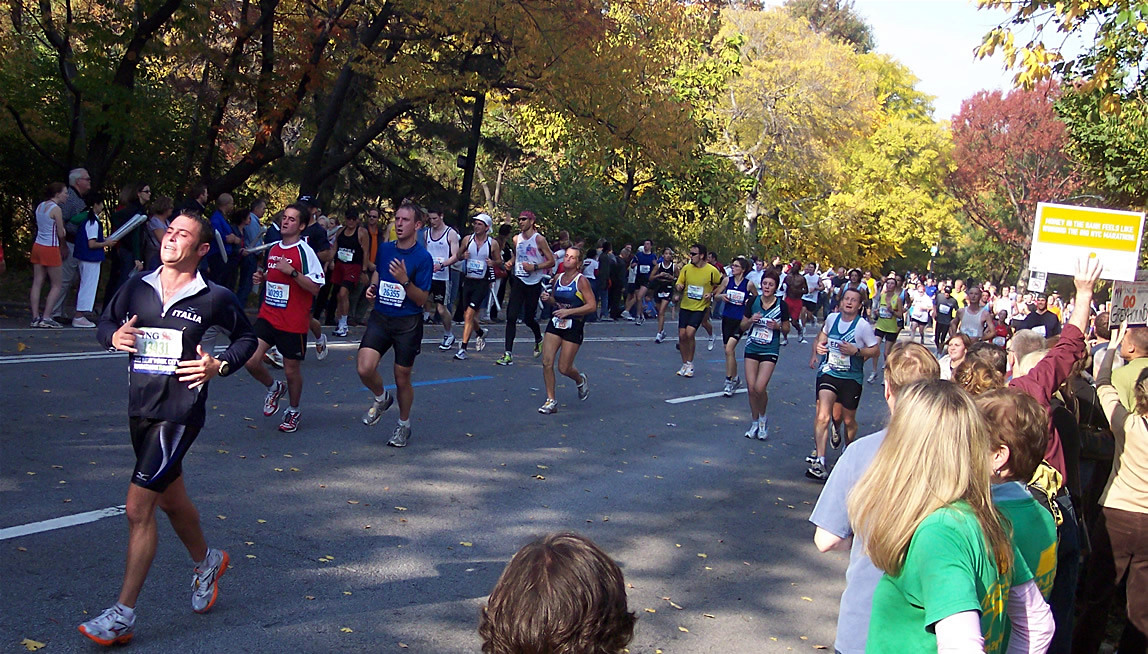 Near the finish of the NYC Marathon in Central Park

What an incredible experience that is going to be. I often say that the best way to see a city is to run it because you move through at just the right speed. It gives you time enough to see, feel, smell and touch the character of the city. The #nycmarathon starts on Staten Island. We first run over the Verrazano-Narrows Bridge into Brooklyn. We continue crossing rivers from burrough to burrough, from Brooklyn we cross over into Queens, from Queens we cross into the Bronx, from the Bronx over into Manhattan, finally finishing in Central Park. No exaggeration, it's going to be awesome! It will be my 5th marathon - and quite likely my favourite.

In learning to run a marathon I've become aware that the human body is engineered to be able to trot along for about 20 miles. As persistence hunters, our ancestors used this to their advantage to run their prey into the ground to catch them. We weren’t fast enough to catch deer, caribou or antelope – but we could run after them for a very long time and they would tire out before us. We’d catch up, kill them and eat them.

There are several interesting stories on the origin of that distance. The first marathon was the run of the soldier Pheidippides from a battlefield near the town of Marathon, Greece, to Athens in 490 B.C. According to legend, Pheidippides ran the approximately 25 miles to announce the defeat of the Persians in Athens. After delivering the good news, he fell to the ground dead. He passed that threshold of natural systems – 20 miles – with grave consequences.

The first official race from the Marathon Bridge to the Olympic Stadium in Athens was a distance of about 24.85 miles or 40,000 meters. Spiridon Louis, a Greek postal worker, won that first race in 2 hours, 58 minutes, 50 seconds, finishing seven minutes ahead of the pack. Of the 25 entrants, only 9 runners hit the finish line. After 1896, the next few Olympic marathons varied in distance with the idea that as long as all runners ran the same course, there was no need to keep the distance exactly the same. 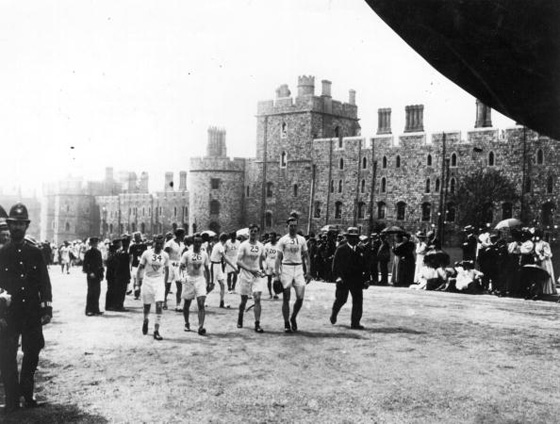 Windsor Castle is the start of the 1908 Olympic Marathon - Image Source: Getty Images

For the 1908 London Olympics, the course was laid out from Windsor Castle to White City stadium, about 26 miles. However, to locate the finish line in front of the royal family's viewing box, an extra 385 yards was added inside the stadium. So, that’s how the distance of 26.2 miles or 42.2km’s

Without special training, if you run farther than 20 miles you risk “hitting the wall” which is where your body simply runs out of glycogen, the energy you have on board to keep moving – which can stop you in your tracks – literally - as Pheidippides found out.

But, we can use experience, science and foresight, like our Virtual Time Machine, to overcome this natural barrier. In essence, you need to teach your body to do 2 things. Run for several hours in a row and to metabolize food or fat on the fly. To do this, you need to run around 600km’s or 375 miles of different kinds of running – fast, slow, intervals, even run-walk. You also have to carefully feed your body the right mix of carbohydrates, fat and protein and stay well hydrated.

If you look at me, I don’t have the build of a classic long distance runner. I’m a bit stalky and carry a fair bit of muscle – and fat – I’m not super lean. So, I can’t just go out and run 26.2 miles. I have to work up to it. 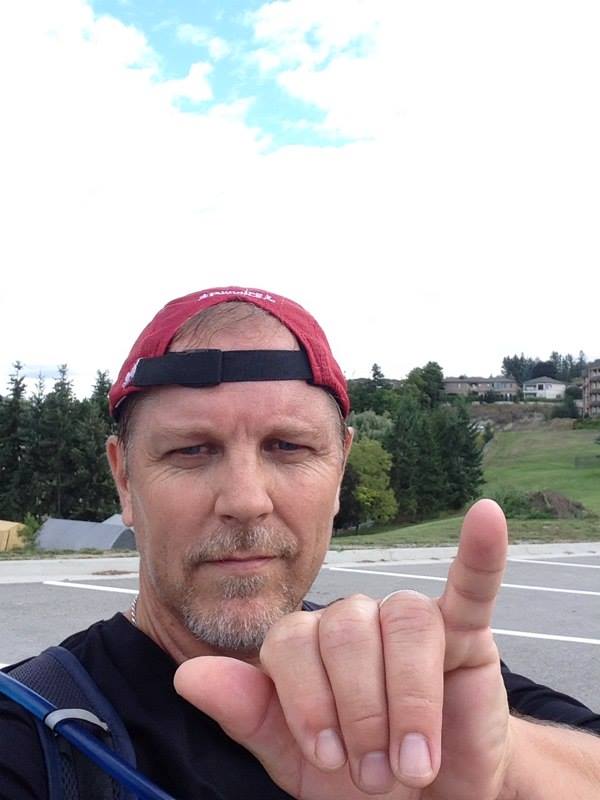 Success demands that you be all in - apply the whole system over the full period.

My preparation for New York will take me 10 months, 100's of workouts and 1000 meals. I'll need the right shoes, lots of "Glide" to avoid chaffing and my training watch to help me track my progress. When I achieve my goal of running the NYC marathon in a PB of under 4:45 and smile doing it - it will be the cumulative effect of all of those individual nutrition, equipment and workout choices in the previous 10 months.  I’ll do it by using a proven training “system” that when applied in whole will give me the result I want. I can’t just do the running or just eat the right foods, I have to do it all for the duration. Applying the system over the full training period alone can create the outcome I desire. It’s more than the sum of the parts and it’s not just some of the time. You have to be all in.

It’s not business as usual.

Are you a long distance runner? Is a marathon on your bucket list? Tag someone else below in the comments who is training for a running event or tell me the event you are training for.

If you like the article, hit like and share it with your network. And if you want to listen instead of read, try the Virtual Time Machine

Let me do the work of keeping you up to date.  Subscribe To The Blog and I'll send you a quick note when new posts are available. -Barry

get your shish together

Affilliate Disclosure : Some of the links I share are affiliate links and / or referral programs If you choose to purchase there is no extra cost to you .Thank you for your support!